Independent media and press freedom cannot exist if safety for journalists isn’t guaranteed. Therefore, Free Press Unlimited actively lobbies for a safe work environment for journalists. An environment which enables them to work free of fear and danger.

UNESCO Report on the Safety of Journalists

In 2016 Free Press Unlimited joined forces with UNESCO, the leading agency within the United Nations on the safety of journalists. Since 2008 UNESCO requested member states to share information on the status of cases of killed journalists. Since the response rate of the Member States was very low, Free Press Unlimited partnered with UNESCO to assist them in putting pressure on the non-reporting States.

In 2016 and 2017 Free Press Unlimited supported local partners in these non-responding countries to put pressure on their authorities. They requested information on the legal follow-up of the outstanding cases of killed journalists and encouraged them to respond to UNESCO. In 2016 this proved to be successful as Bangladesh, Central African Republic, Democratic Republic of Congo and Nepal all submitted their report to UNESCO.

Improved coordination on safety of journalists

In 2017 Free Press Unlimited coordinated the launch of the Civil Society Safety of Journalists Coalition. This coalition is composed of 20 organizations from all over the globe committed to the promotion of the safety of journalists. The coalition beliefs that more coordination and strategic thinking are needed to make progress in this area. The  aims of the coalition are to improve our coordination on the ground, and to identify opportunities for joint advocacy on an international level.

Concerns about safety of journalists

Through the Universal Periodic Review (UPR), every five years, all UN member states are reviewed on their human rights record. By raising concerns about the safety of journalists, this issue is standardized into all UPRs and could provide an opportunity to systematically measure Member States' performance. In 2017 Free Press Unlimited submitted inputs for the Universal Periodic Reviews of Mali and Bangladesh raising concerns about the safety of journalists in these countries.

End Impunity for Crimes against Journalists

Since 2015 Free Press Unlimited hosts a large event every year on 2 November, the International Day to End Impunity for Crimes against Journalists. By doing so we raise awareness on the issue of safety of journalists and create solidarity with journalists worldwide in the Netherlands. During the event we also award two international or Dutch journalists with the Most Resilient and New Comer of the Year Award.

In the past years Free Press Unlimited has been supporting Freedom House by regularly meeting up and sharing our knowledge with them. The reason for these meetings are the annual Freedom of the Press report which Freedom House has been releasing for more than 30 years. These reports go beyond individual cases of violence against journalists but rather  addresses the legal, political and economic environment of the media as a whole. We discuss the results in the reports and share the impact with Freedom House. 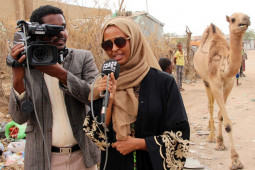 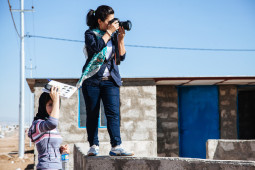 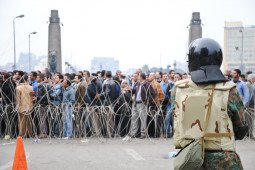 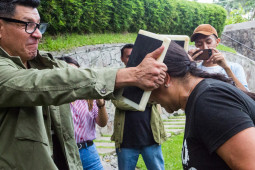 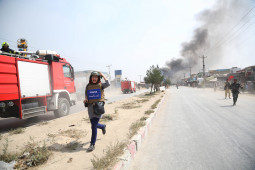 TO THE MAIN PAGE